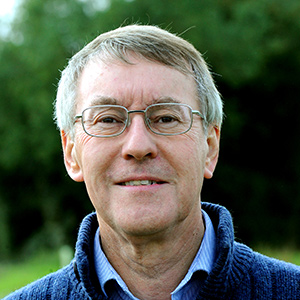 John has been working as an independent agronomist in East Anglia for over 30 years and prior to that worked for a specialist agrochemical distributor. He has a BSc (Hons) in Agriculture from Nottingham University plus all relevant industry certifications including BASIS and FACTS.

John operates on a diverse range of farm sizes and soil types throughout Suffolk, North Essex and South Norfolk providing an in depth service on all aspects of the production of combinable crops, sugar beet, maize and vining peas - with the sole remit of client gross margin maximisation.

John also manages the UK trials operations of the Association of Independent Crop Consultants, which generates data for use by its member agronomists only. This gives the Apex group valuable early insight and observations on the performance and value of new agrochemicals whilst still in development. 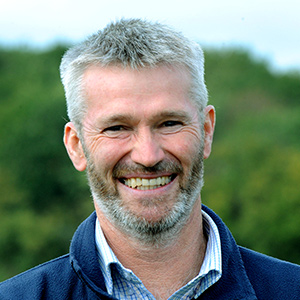 Having grown up on a farm in Suffolk, Robert graduated from Reading University in 1993 with a BSc in Agricultural Botany. He spent 14 years working for a national Agrochemical Distributor in North East Suffolk and, in 2008 was offered the opportunity to take over an agronomy business from a retiring local Independent Agronomist which is where he is today.

Robert is a member of the Association of Independent Crop Consultants and served on the board between 2012 and 2018.

Robert’s working area covers North and Central Suffolk. He specialises in all aspects of combinable crops, sugar beet and vining peas, including soil management and gross margin analysis. He also offers advice on environmental schemes, including Countryside Stewardship and sees the new Environmental Land Management Scheme as the next big challenge facing farmers and agronomists alike. 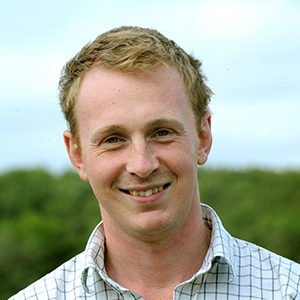 Coming from a farming family in the Stowmarket area, Scott began his career in agronomy in 2011 working as a trainee with John Tunaley. This partnership built over the years and in 2014, Scott became a director of John Tunaley Agronomy Ltd. Since that time he has taken on the business in its entirety changing the name to Scott Martin Agronomy Ltd in 2018.

Scott advises on combinable crops, maize and sugar beet and believes that soil health and management are every bit as important as the chemical aspect of agronomy. The agronomy profession is increasingly about incorporating cultural controls for pest management and crop health and as independents we are ideally situated to provide advice on that, with no commercial axe to grind.

Scott works from North Essex throughout Suffolk and into Norfolk, as far as the A47. 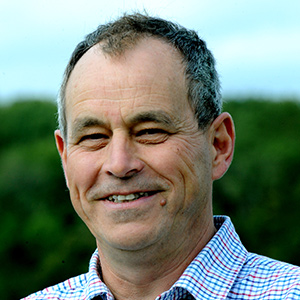 Tim’s early career was in research where he was involved with a number of projects including the growth and development of wheat, herbicides and weed control, and a period working with soil and foliar applied insecticides on sugar beet. These diverse experiences led to a detailed understanding of many of the issues that are so relevant today, such as the development of resistance to pesticides and how integrated strategies might work and be implemented.

Working mainly in West Suffolk, West Norfolk and Eastern Cambridgeshire, Tim has worked as an independent agronomist for 25 years; his client base operates over a diverse range of soil types. Farming businesses and cropping systems are varied and he has a broad experience of combinable, vining, forage and root crops.

The development of integrated strategies has been a key part of Tim’s work, including the management of soils and cultivations. 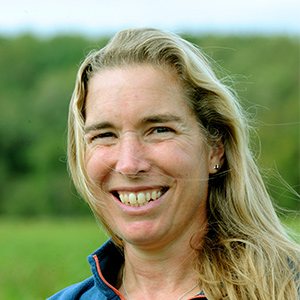 Ruth grew up in Suffolk and graduated from Wye College in 1994 with BSc (Hons) in Agricultural Economics. She then worked as a potato agronomist in Kent for two and a half years before returning to her home county.

Ruth is BASIS, FACTS and ICM qualified and a member of the Association of Independent Crop Consultants. She has worked as an independent agronomist since 1997, initially for Simon Draper, before taking ownership of the business on his retirement. Ruth provides agronomic advice on combinable crops, sugar beet, vining peas & maize to clients across Suffolk. She believes in working closely with her clients in order to best cater for their individual agronomic requirements. 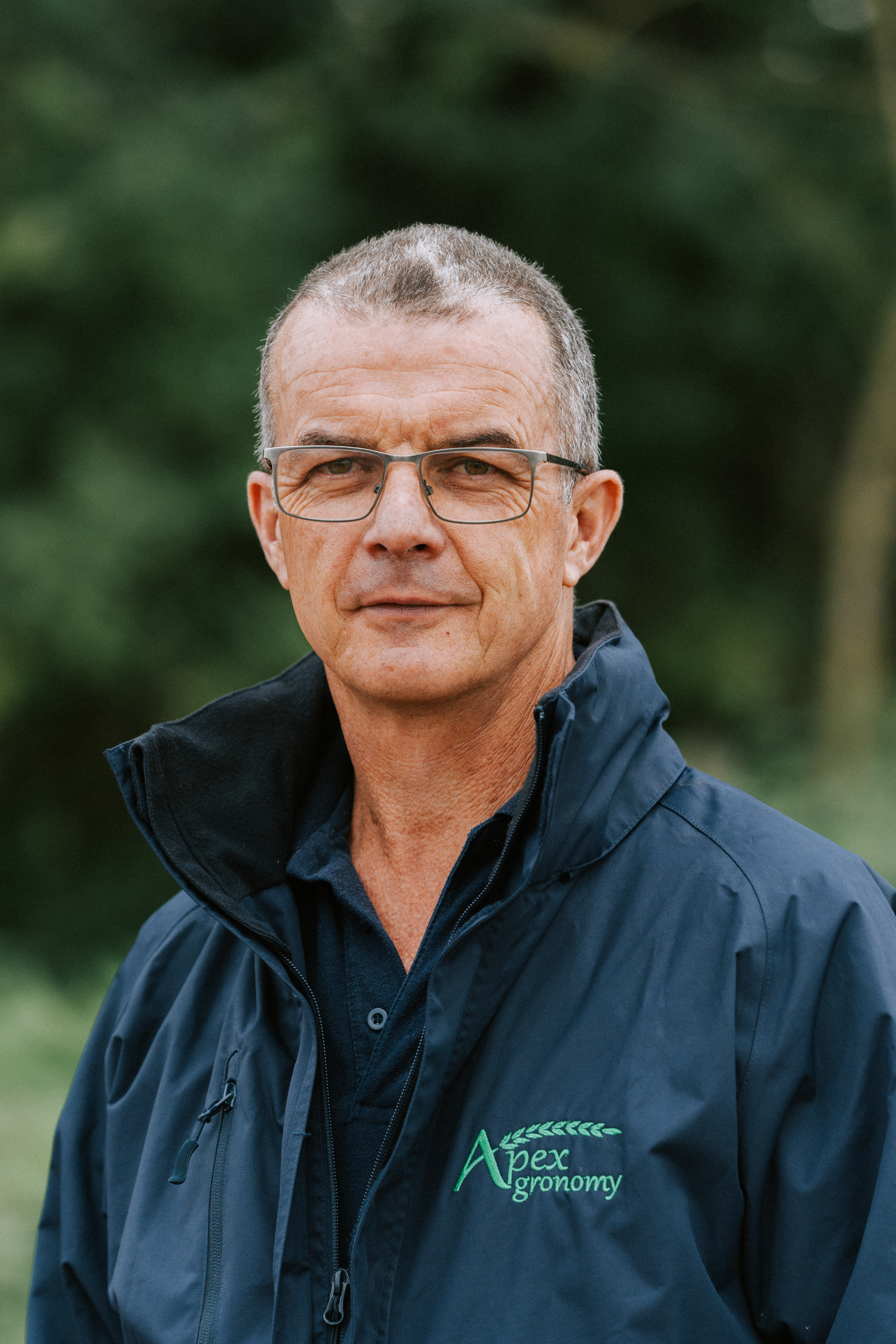 Chris graduated from Harper Adams in 1991 and initially worked for MAFF (now Defra) in the Plant Health & Seeds Inspectorate in East Yorkshire and Lincolnshire.  He joined ADAS as a trainee agronomist in 1998 and by late 1999 he was given the opportunity to take over the farmer client base of an agronomist who was moving to work in New Zealand.  Chris worked in this role in Lincolnshire until 2008, firstly with ADAS and then TAG (now NIAB TAG) working with a range of combinable crops and sugar beet.

In 2008 Chris was offered the opportunity to move to work in an agronomy role in New Zealand and spent 3.5 years working in South Island for PGG Wrightson, providing technical support for their field reps and running a trials programme and farmer discussion groups.  In 2012 he moved to Pukekohe in North Island and worked as an agronomist for large scale vegetable growers A.S. Wilcox & Sons, looking after onion, carrot, beet root, maize and cereal crops.

In 2015 Chris moved back to the UK after inheriting a share of a small farm in east Suffolk.  After initially working in vegetable consultancy, he joined Apex Agronomy in autumn 2017 and returned to arable crop agronomy, as well as continuing to provide agronomy for asparagus crops, which he had started on his return from New Zealand. 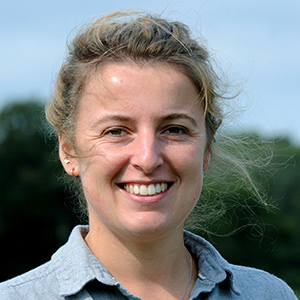 Frankie has been working as part of Apex Agronomy since 2016, starting as a trainee and now working as a fully qualified advisor covering a range of soil types across Suffolk, Norfolk and Cambridgeshire.

Frankie graduated with a BSc (hons) in Environmental Science from Oxford Brookes University in 2014. She has since completed her BASIS and FACTS qualifications and is a member of the Association of Independent Crop Consultants.

Alongside her agronomy, she also delivers NRoSO training and gives independent advice on Countryside Stewardship Schemes. In addition, Frankie is also able to provide help and support for BPS applications.